Ireland’s Wild Atlantic Way offers some of the most beautiful scenery in the world. Rugged coastline, wave-swept cliffs, epic mountains and golden beaches delight and amaze any who view them. 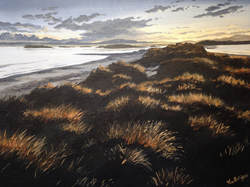 Bartra is a long finger of dunes that points towards some of the many islands that dot Clew Bay. Built of sand pushed and deposited by strong Atlantic waves, it’s held together by a mat of marram grass. This tough spiky grass sways in the wind. Its tips catch the light beautifully. 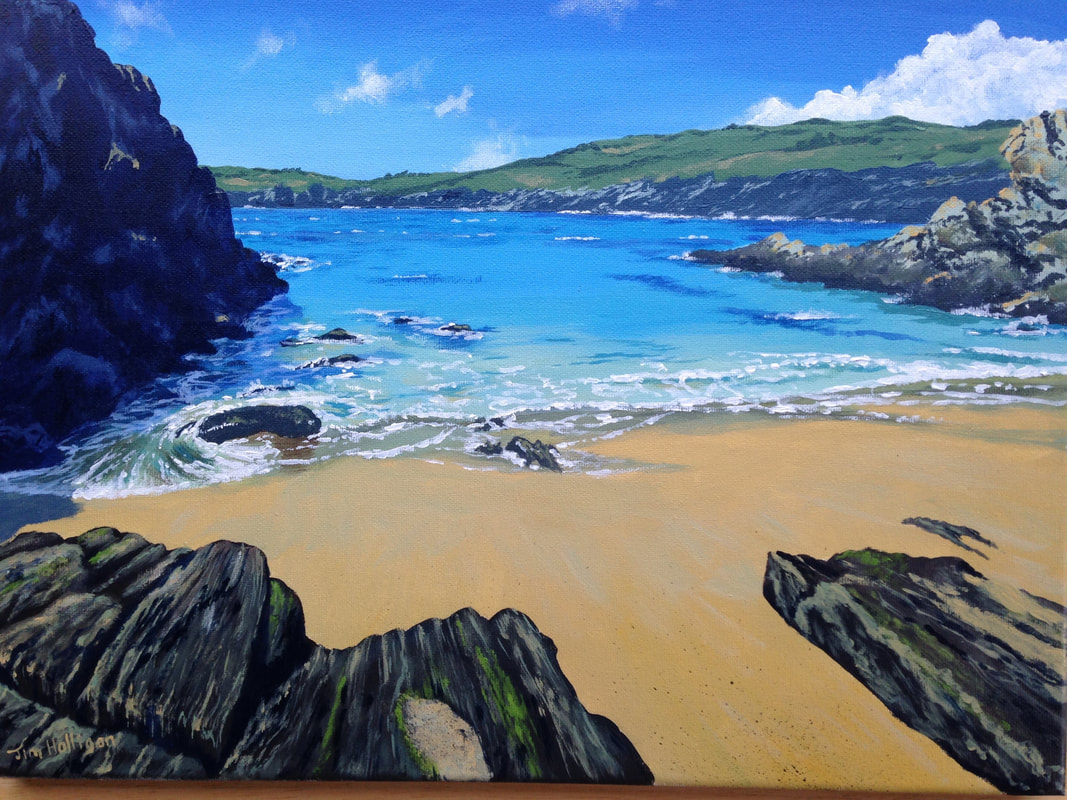 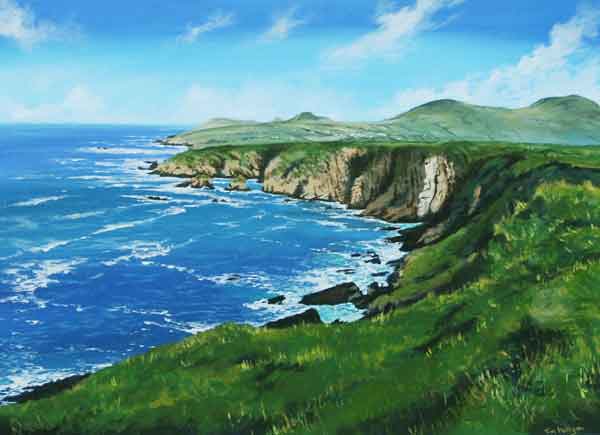 The Atlantic Ocean pounds away at the coast of County Kerry, carving and sculpting the rock into beautiful cliffs, spits and stacks. You could watch the waves crashing against the rocks for hours on end and cal it time well spent. 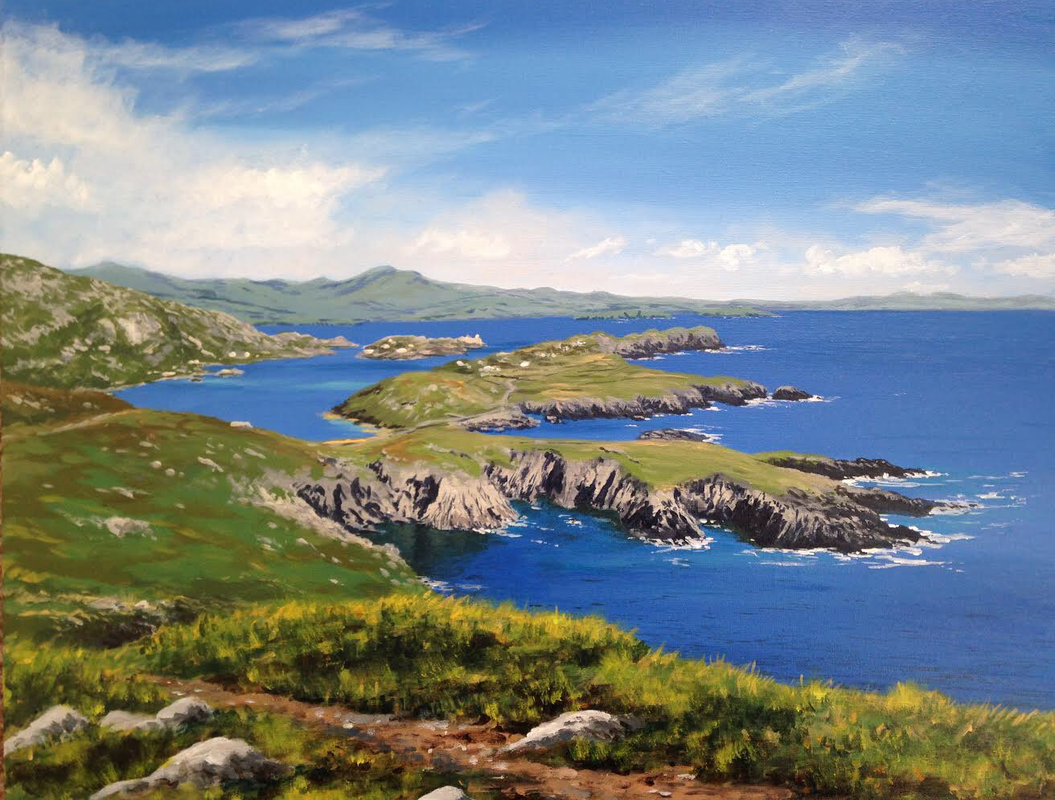 Climb up the hill above Barleycove and look back east along Roaringwater Bay to get a wonderful view of Crookhaven. This is one of the many magical spots along the coast of West Cork.

The sea off the West Coast of Ireland can be fierce and unforgiving. Fastnet Rock Lighthouse has stood as a beacon to guide generations of sailors and fishermen. 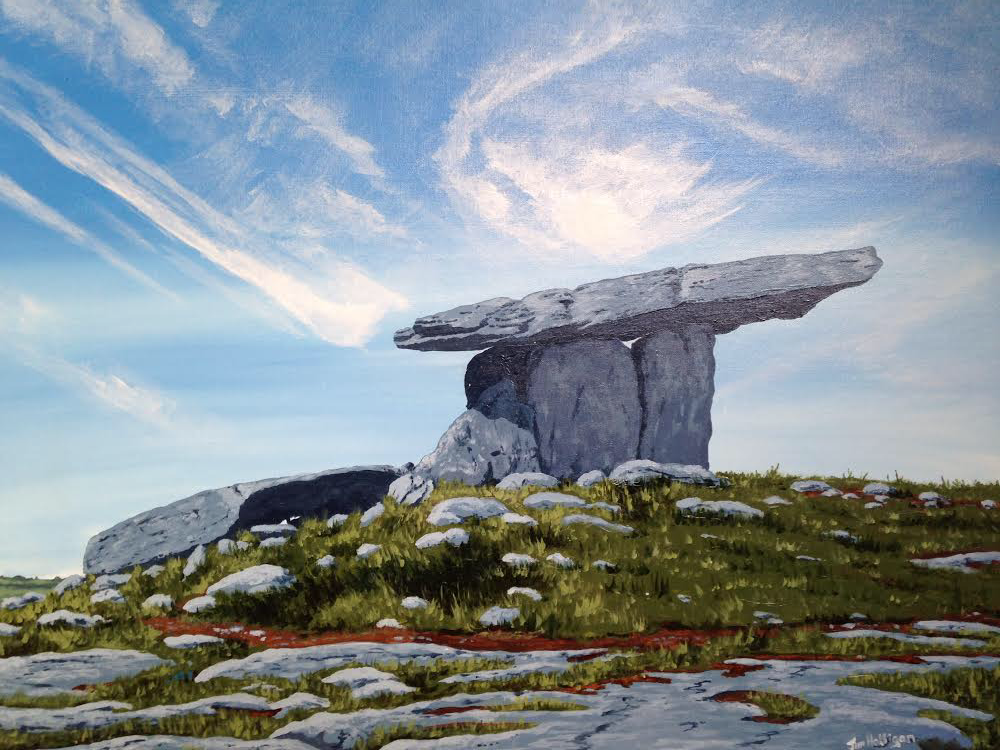 This portal tomb is one of the most iconic landmarks in The Burren. I love seeing the texture of the rock change with the light. 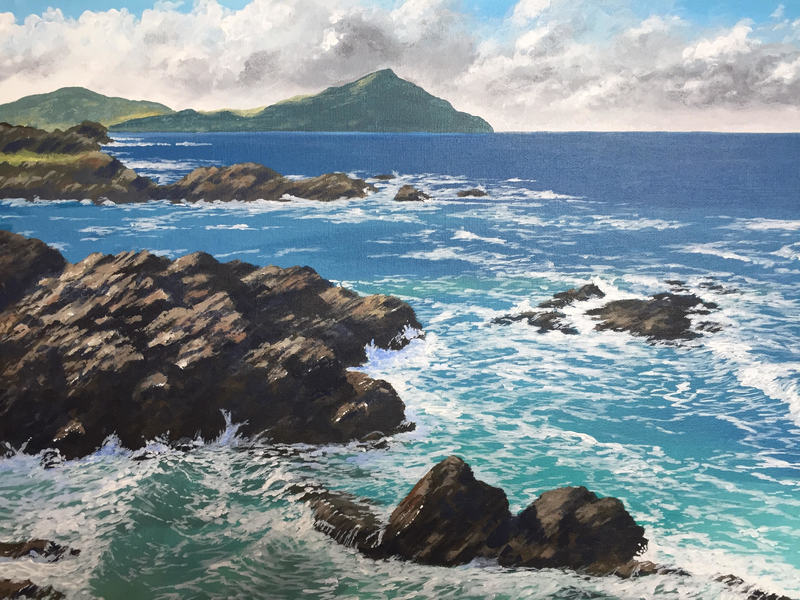 If you are travelling from Keel to Keem on the South side of Achill, you'd be well advised to give yourself plenty of time to just stop and look out to sea every chance you get.  This view is just a little bit past Douagh looking back towards the Meenaun Cliffs. The artist Paul Henry spent a lot of time on Achill..... smart guy. 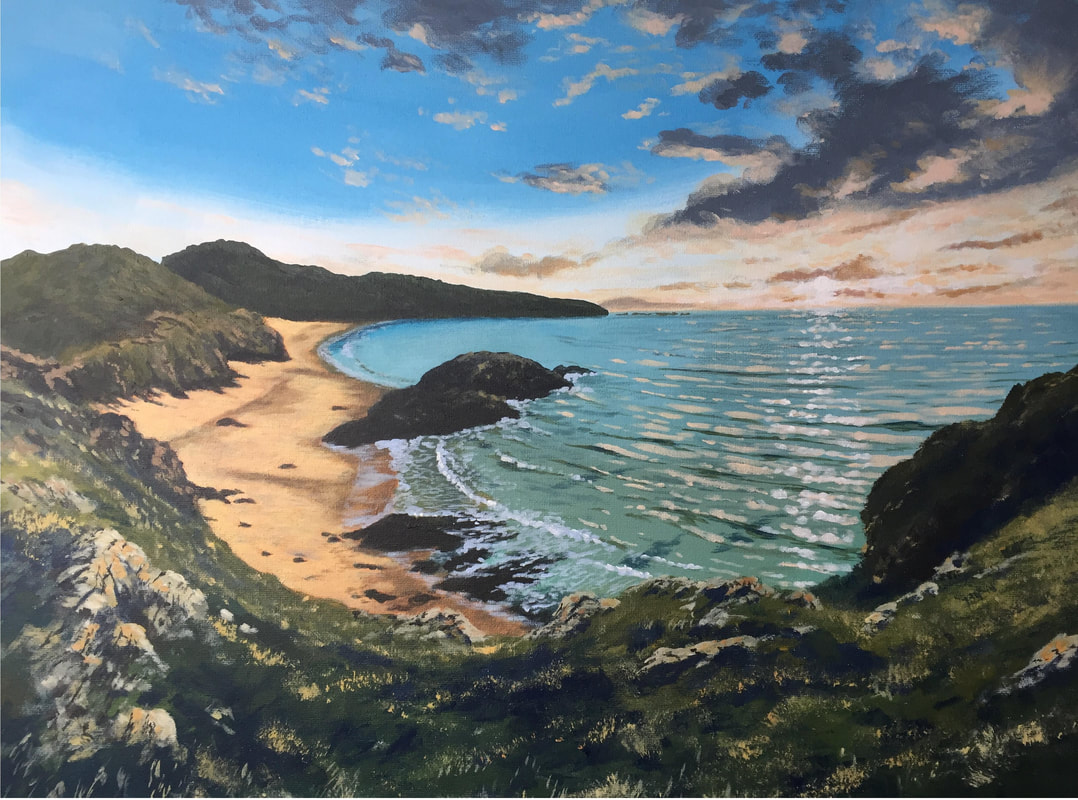 This amazing place was voted one of the best beaches in Ireland. Locals call it The Murder Hole.... I don't know why. It's a bit of a trip to get there, but worth the effort. 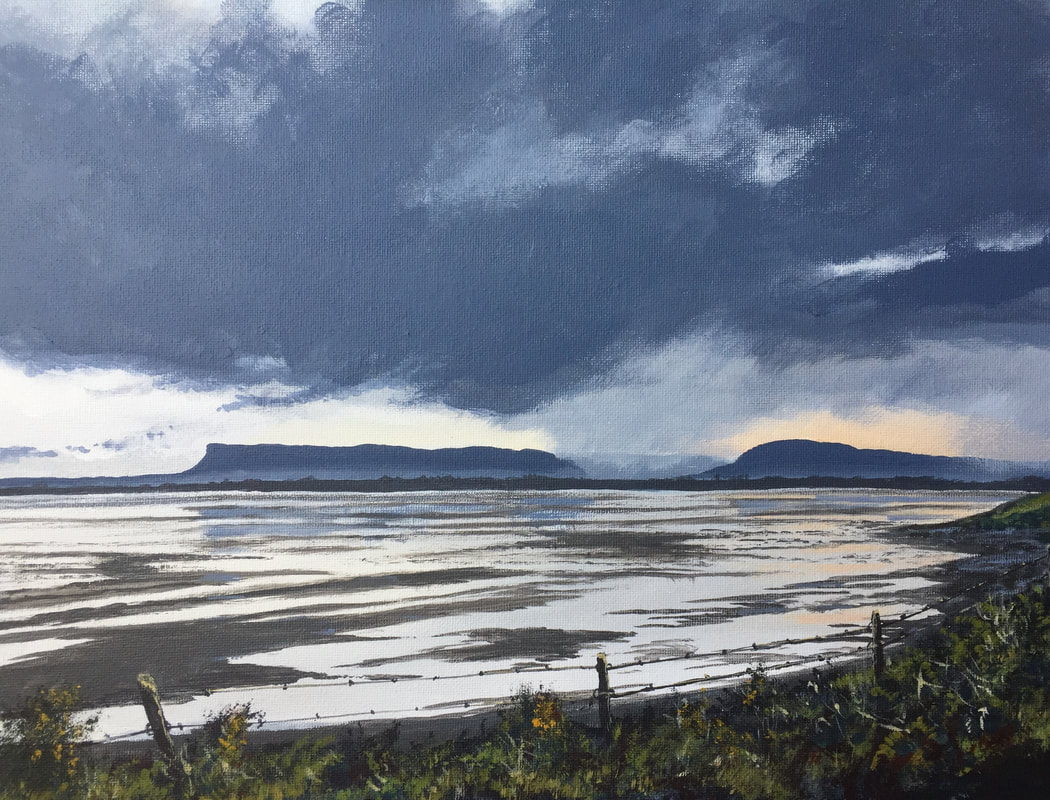 Ben Bulben broods over mudflats exposed at low tide. This view looks east towards Silgo Bay. Even when it's overcast there is a lot to see here. Mountains emerge from clouds only to disappear again. There's an air of magic and mystery about this place.

Waves batter the west coast of Ireland unceasingly. The lighthouse on Black Rock Island warns of the many dangers here. 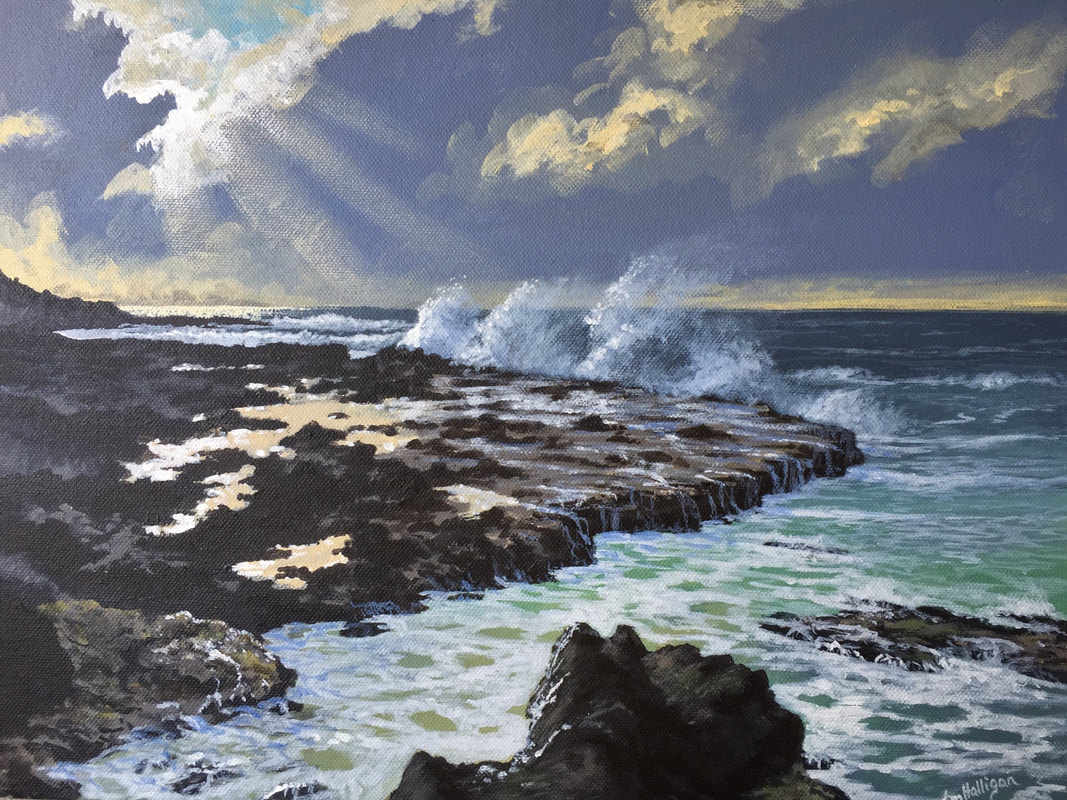 The Atlantic Ocean relentlessly batters the Clare Coast.  A limestone rock platform is washed by surf as the sun begins to set on a late Autumn day. 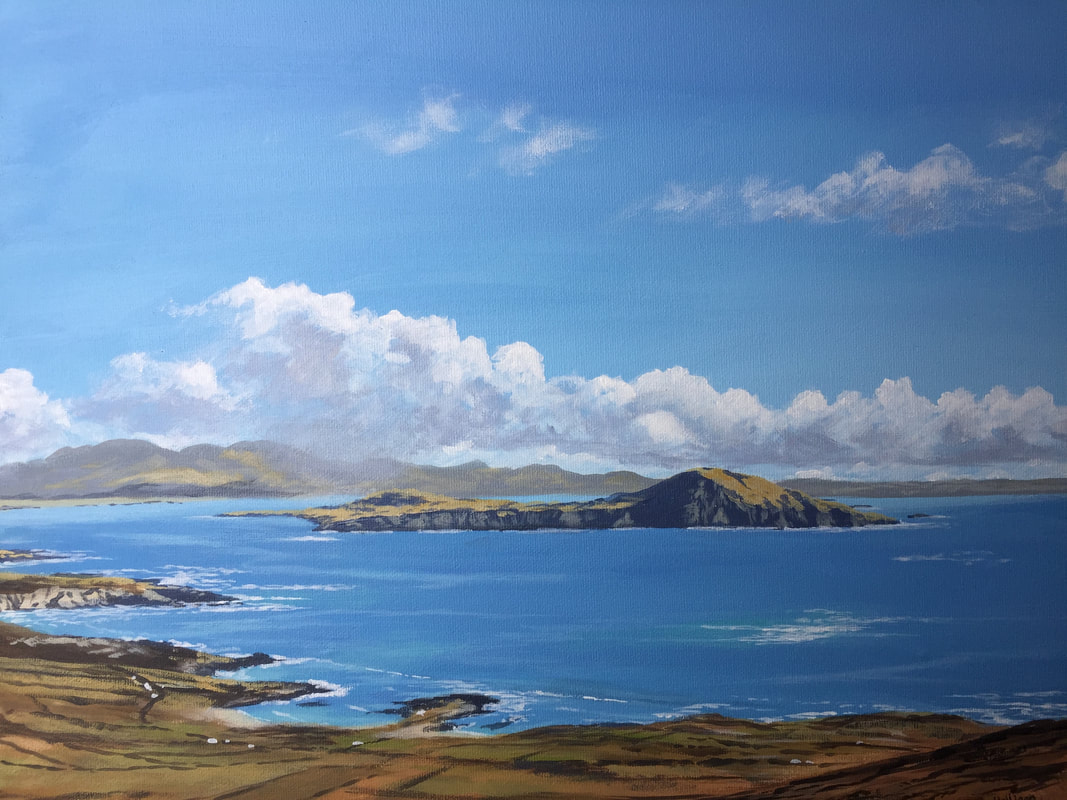 There's a corrie lake on the south-facing slopes of Croughan Mountain on Achill. It's worth a visit in its own right but, on the way there, you can look out over the sea and enjoy the view of Clare Island. And what about painting the lake? ...... I'm working on it.